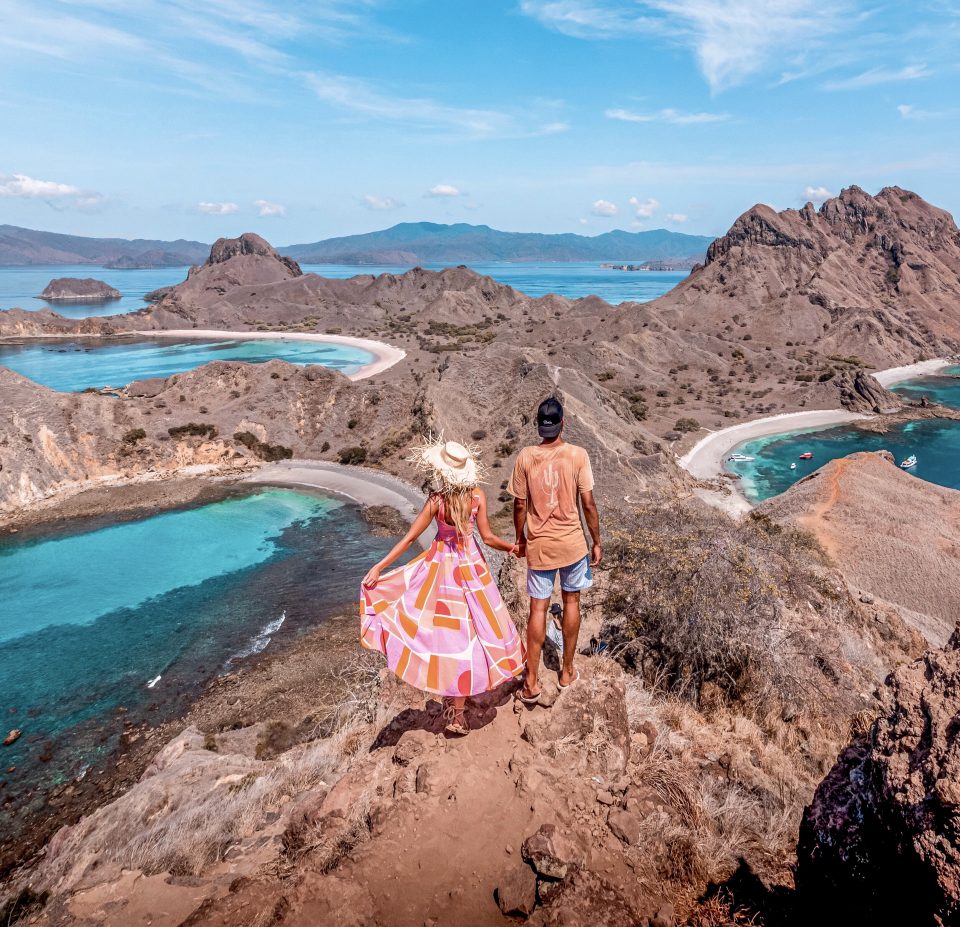 Komodo has always been a dream of mine! So close to Bali,  yet still seemed so far. We were all the time talking about it and saying that one day we will go there, but we didn’t have any idea when exactly is it going to happen. Oh how surprised I was when I’ve find out that my boyfriend organised a surprised trip to Komodo for our 3rd anniversary! 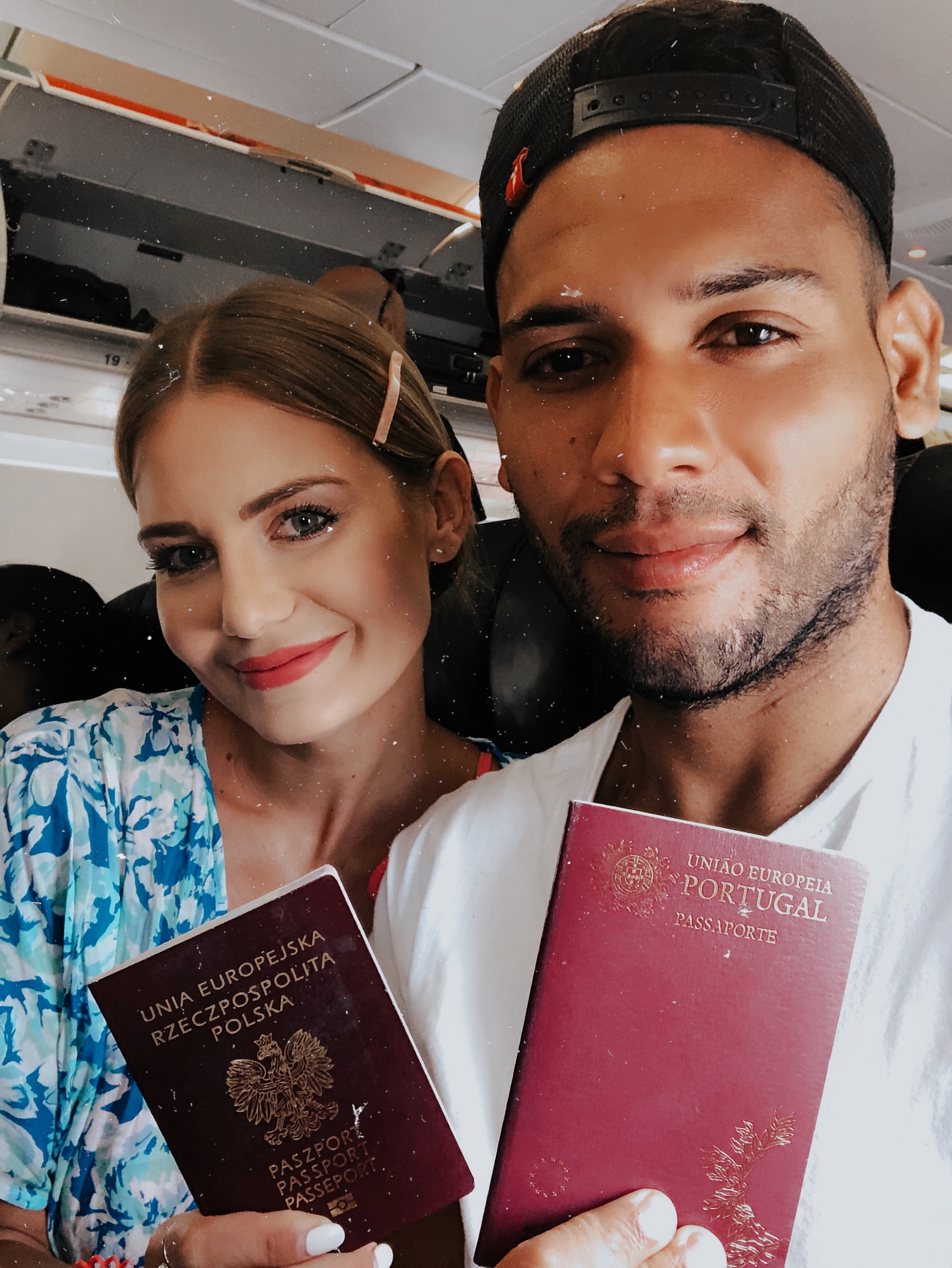 I see that lately Flores & Komodo (there are two seperate islands), are on mouths of many so I wanted to share with you some practical tips, in case you would be planning to visit this absolute paradise! I reall hope you would! 😉

Let’s start from the beginning!

Flores Island, located in East Nusa Tengarra belongs to Indonesia, the biggest archipelago on earth that consists of more than 17.000 islands! Wow!

„There is something about Flores that is rather unearthly. This diverse island in Eastern Indonesia with its savannah landscape, pristine oceans, impressive volcanoes, and lakes resemble a wilderness that seems to belong to another place and time. Though it’s just an hour’s flight from international darling Bali, Flores is an island still covered in relative obscurity. From the Flores Sea, across the islands of Komodo, to the beauty of Mt. Kelimutu and its lakes, you’ll feel like you’re chartering completely new territory in whichever corner of Flores you end up in.” – This how City Nomads descriped Flores, and I need to say – wow, how accurate are these words!

Okay, so I guess you already noticed what’s the difference between Flores and Komodo – let’s keep and short and easy – Flores is the main island, – Komodo is the island with dragons. People often just call the whole place „Komodo”, which in fact, is not correct, but it’s the main attraction there and coloquailly, everyone calls it so.

HOW TO GET THERE?

The easiest way to get to the islands is to fly to Labuan Bajo located in Flores. Flight from Bali (Denpasar) takes only 1 hour and shouldn’t be too expensive, as it’s covered by local airlines. We flew AirAsia and honestly everything was fine!

All the incredible places which are worth to see are accessible only by boat therefore a lot of people chooses cruises when they sleep on the boat and do island hooping during the day. It sounds like a lot of fun!

It’s also possible to on the land in Flores and simply book the boat trips to the destinations we want to see.

We have stayed in Le Pirate Boatel which was such a cool experience and also the first time we were actually staying at the boat! The shuttle from mainland takes only 15 min and runs frequently during the day.

Don’t expect luxury if you’ll choose such a place. As they say, Boatel is for pirates. Small cabins, no hot water and it’s more possible you will catch wind in your sails rather than wifi ;). And that’s awesome as long you are preapred for it! Staying on the boat also has its benefits, surrounded by clear blue waters you are only one jump away from the incredible underwater life. You will easily see plenty of beautiful fishes and if you get lucky maybe even turtles and baby sharks?😉

I think this part of Indonesia is so far the most remote part I had a chance to visit. Sometimes it even felt that I am on a different planet! The views are seriously insane and everything is still pretty raw and well kept. 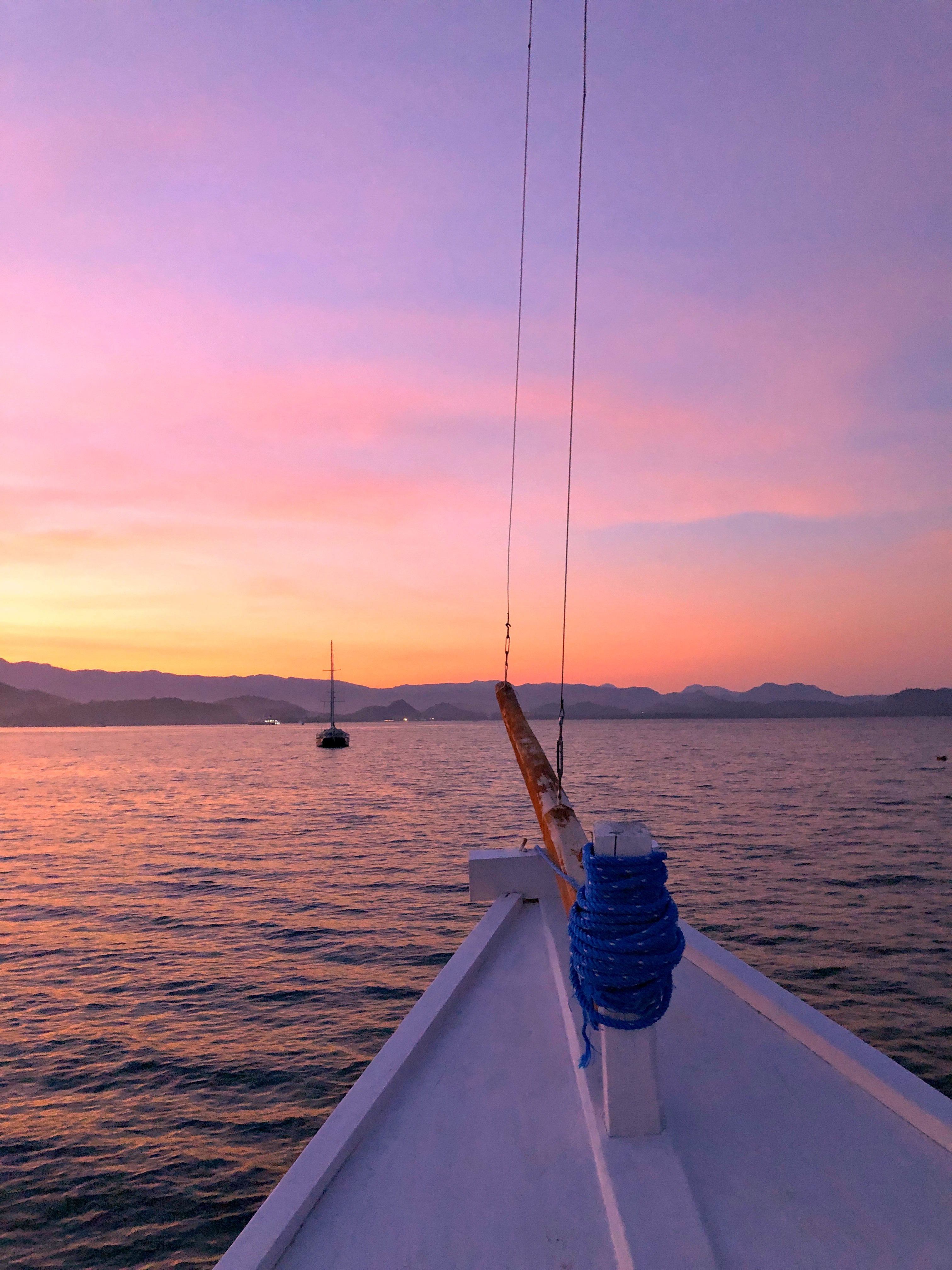 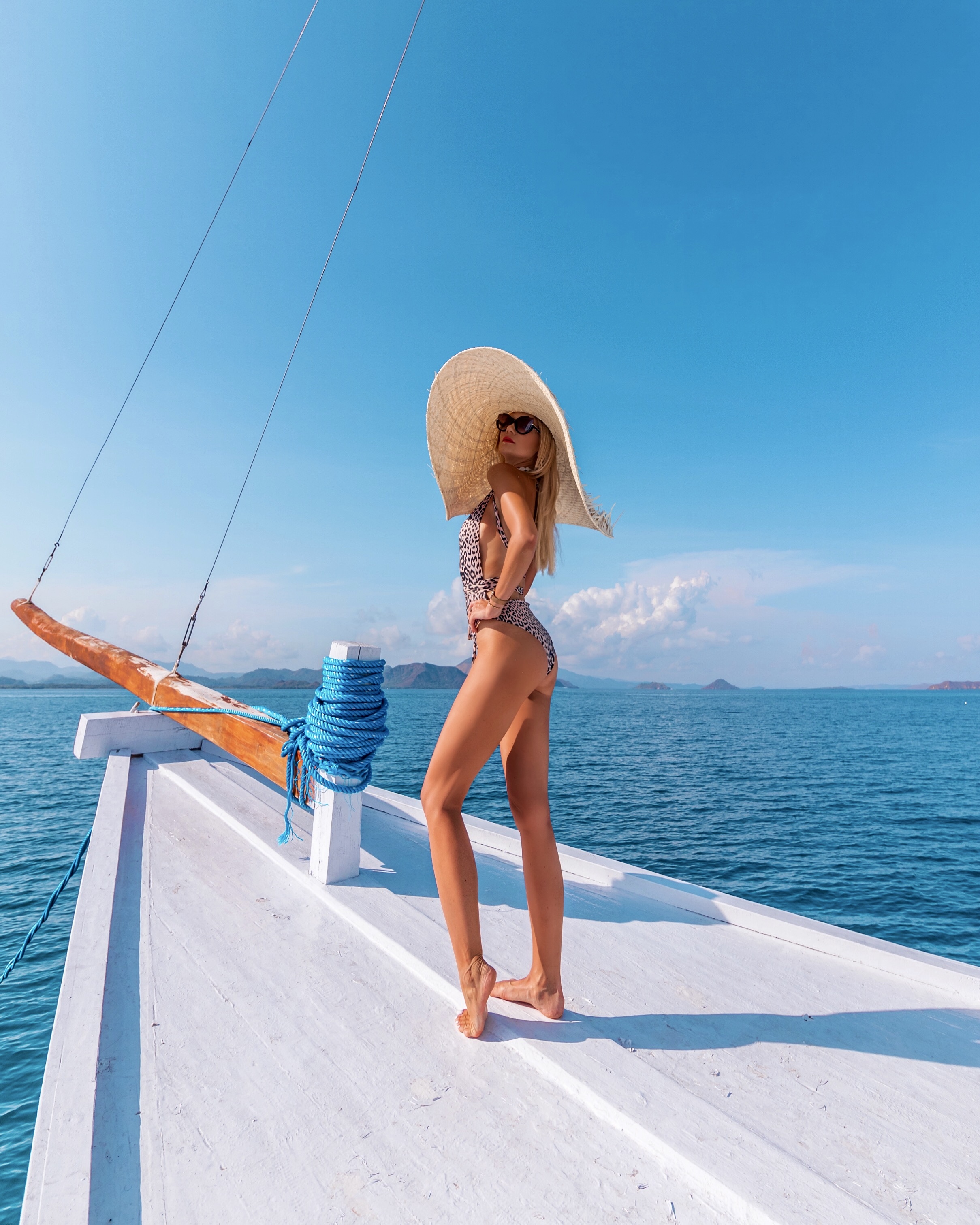 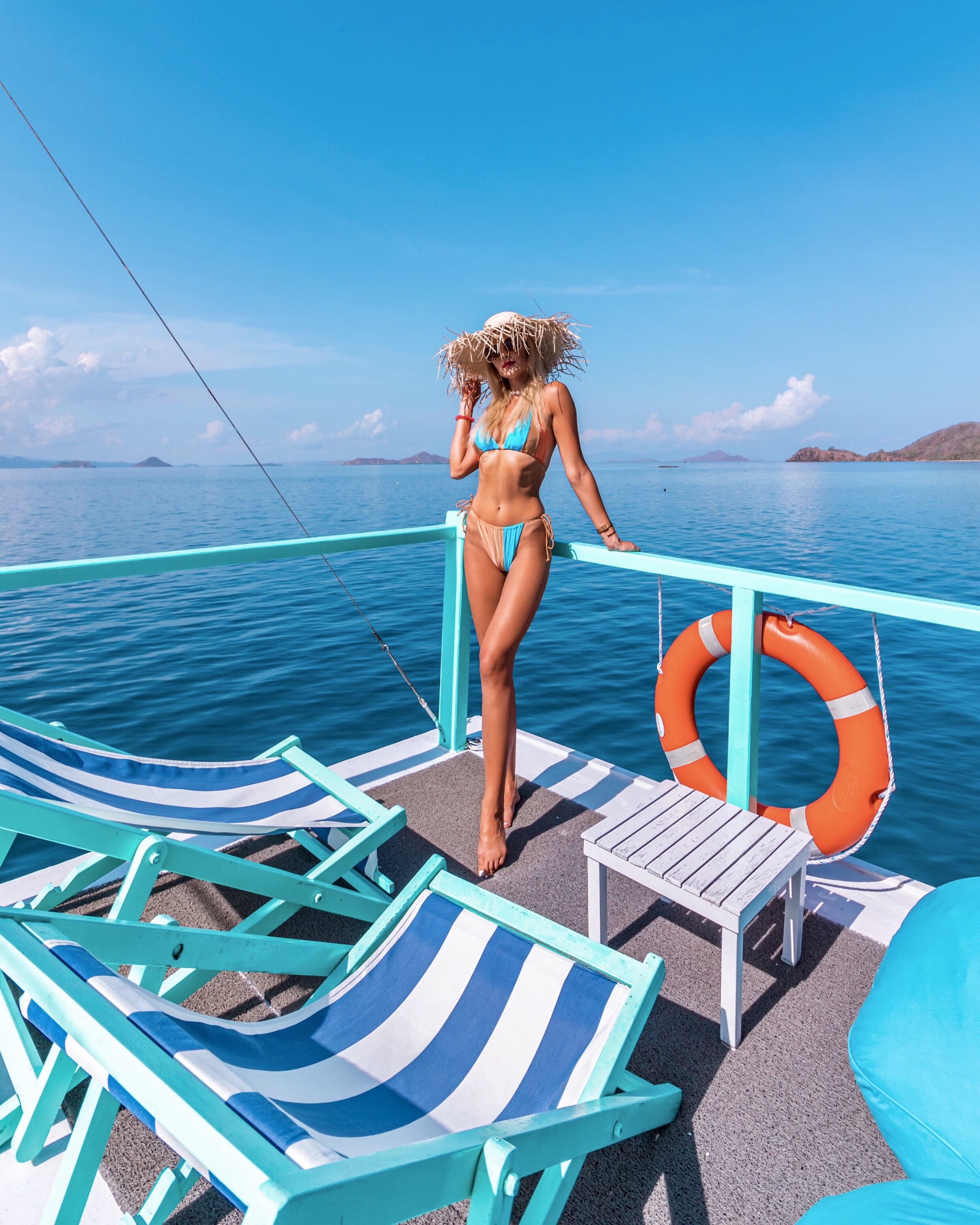 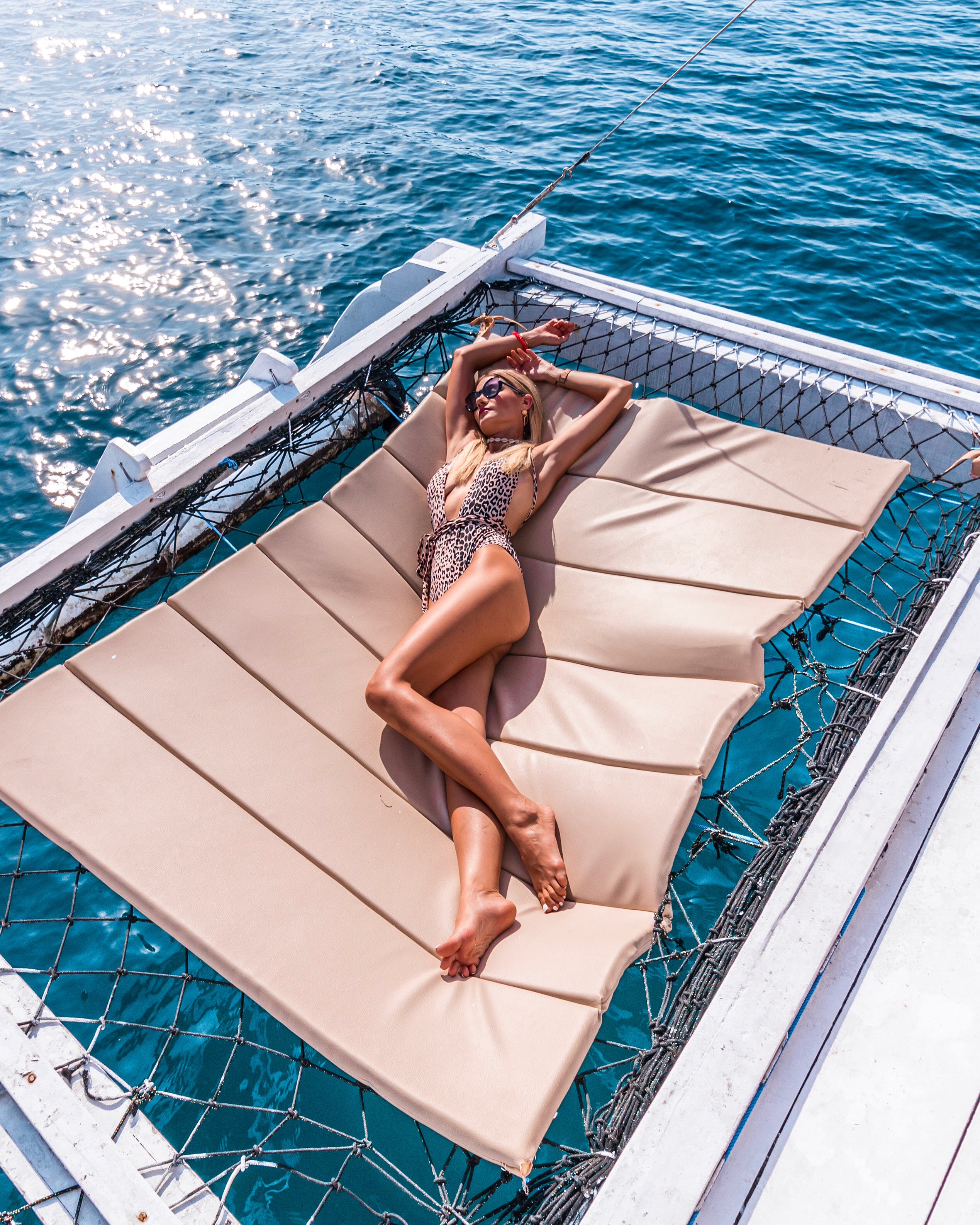 Apart of Boatel, Le Pirate also has other options of accomodation. Bungalows on the land – in Labuan Bajo, but in my opinion they are not that nice as their other locations. We went twice to The Deck  – a rooftop terrace with a little pool – for some sunset cocktails and movie night which was actually pretty nice. 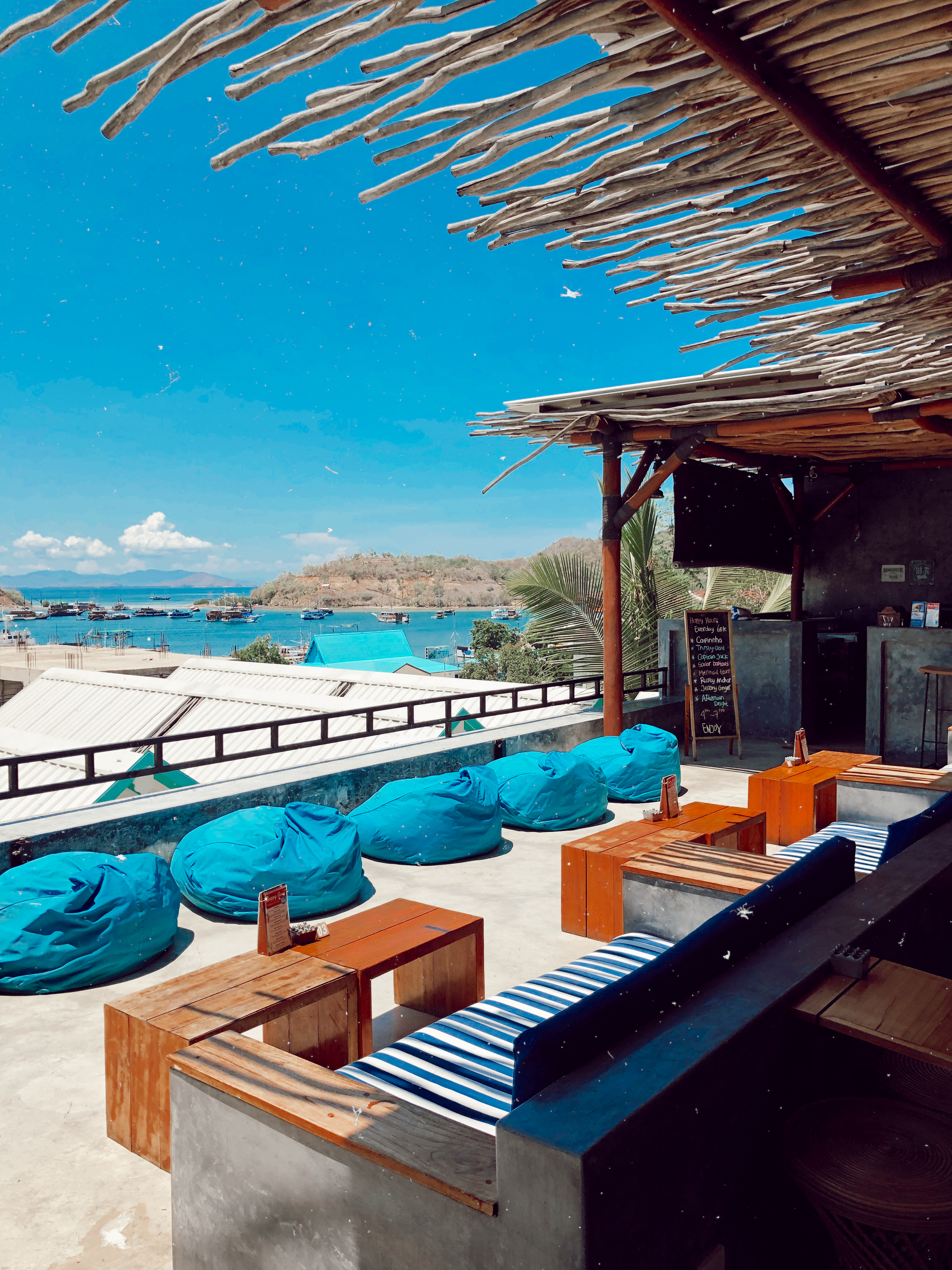 We also did a day trip Le Pirate private island, which was very chilled. You can go canoeing, snorkeling or simply relax on the beach. They offer sleeping in nearly open bungalows which must be for sure a cool experience! PS. The food was soo good served at a certain time as a buffet, so we all ate together, I loved that idea! 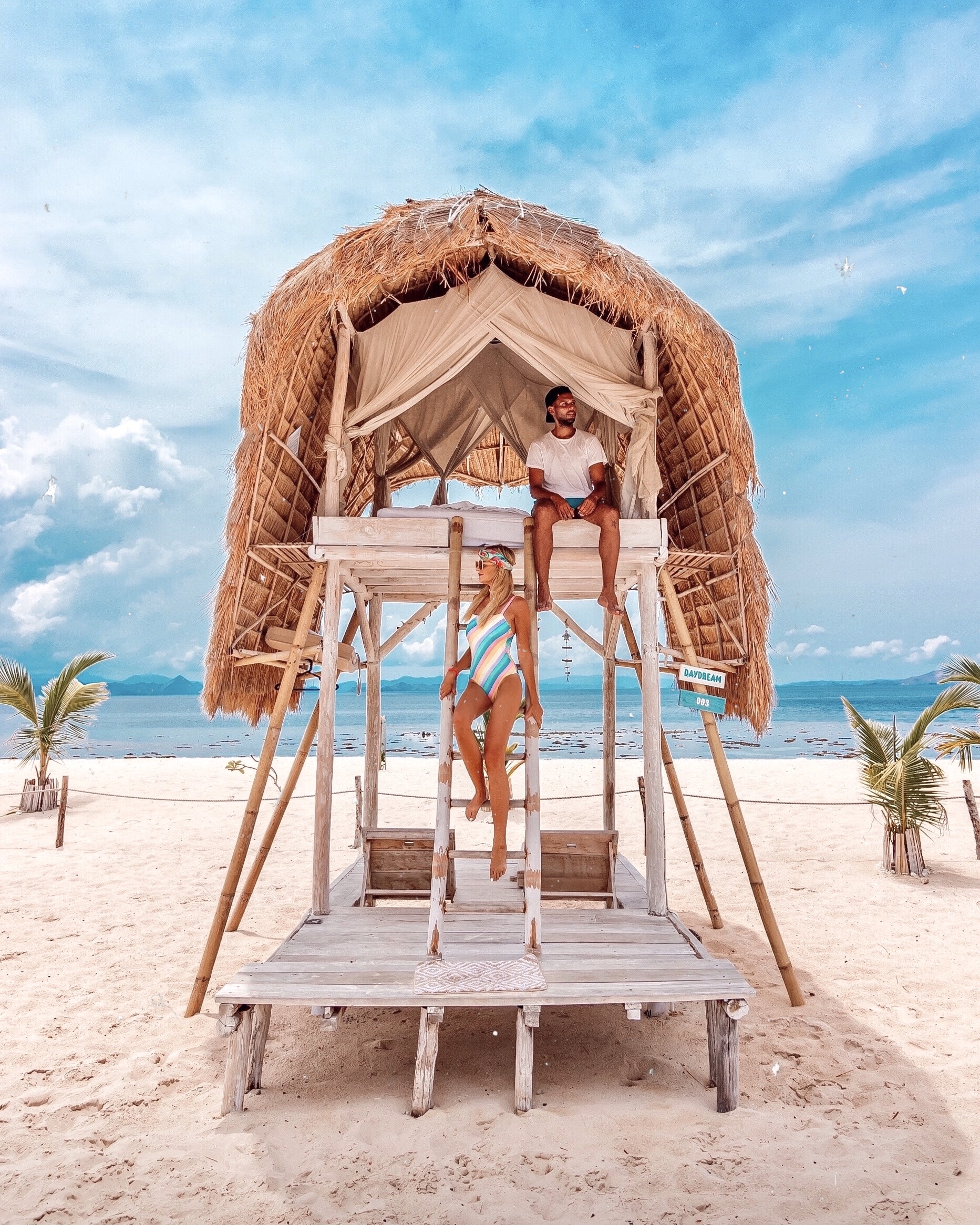 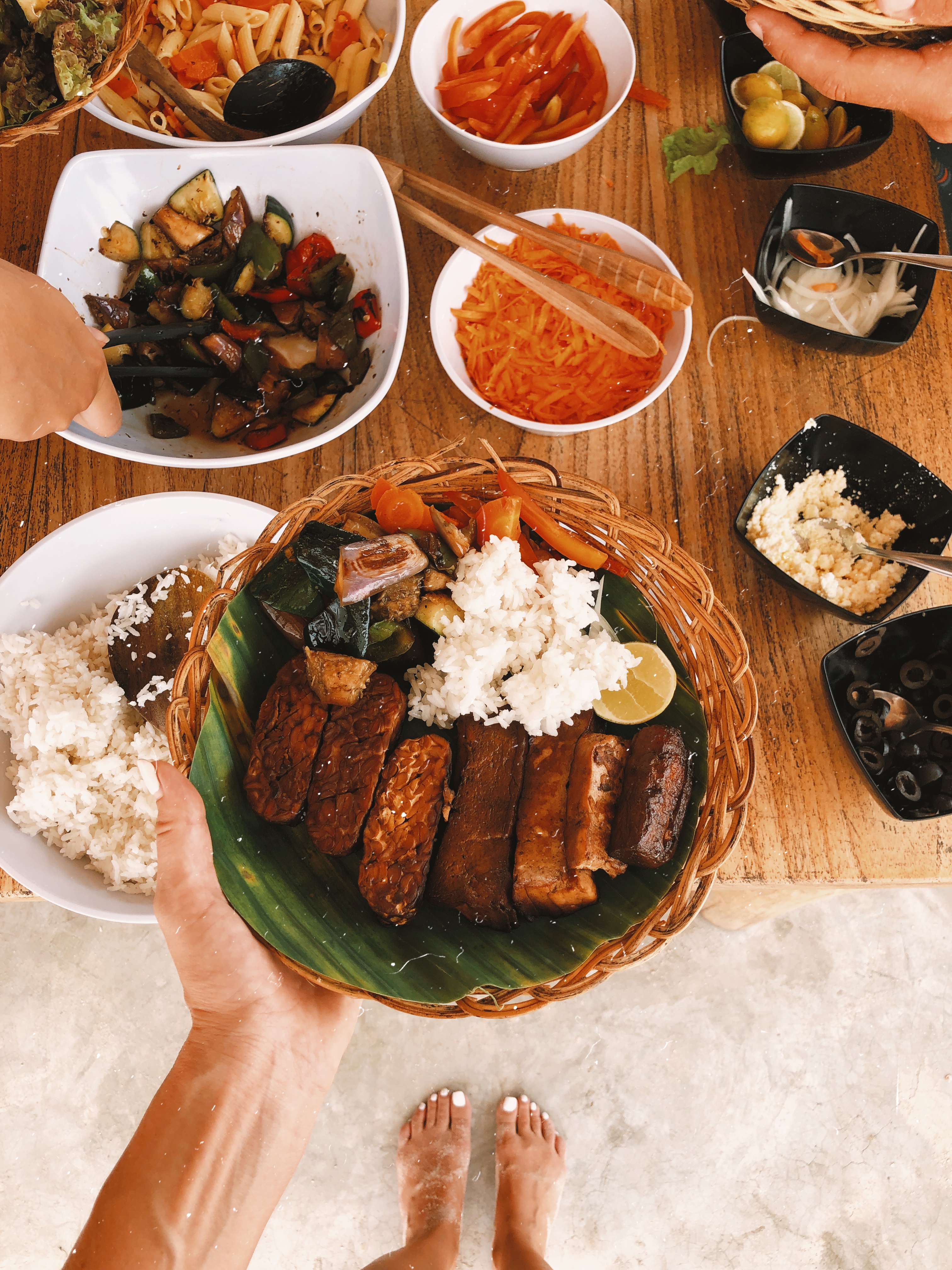 WHICH TOUR SHOULD YOU CHOOSE?

There are a few must see places but it of course depends on you which one will your priority.

We went for one of the most common tours –  starting with Padar Island, after thatPink Beach, then Komodo Island and the last stop was Manta Point.

We haven’t done much research before and just figured out how it all works once we got here so I thought I might share with you a few tips so you will be better prepared. 🙂

1) Local slow boat: costs 450k idr/person, you will see 4 destinations mentioned above, boat departs at 6am and comes back around 6pm. We had a fun group of around 12-15 people and really enjoyed it! As the boat is slow – as the name says – you will spend most of your time on it- around 2/3 hours to get to the first destination and 2/3 to come back to harbour from the last stop. This means you won’t have much time while visiting all the attractions. The longest we had was  1,5 hours in Padar island as we had to climb to the top, the rest was around 1 hour. Is enough to go see and enjoy a bit but if you’re coming with the intetion to take photos (like me :p), you might be struggling a little bit so you gotta be fast! 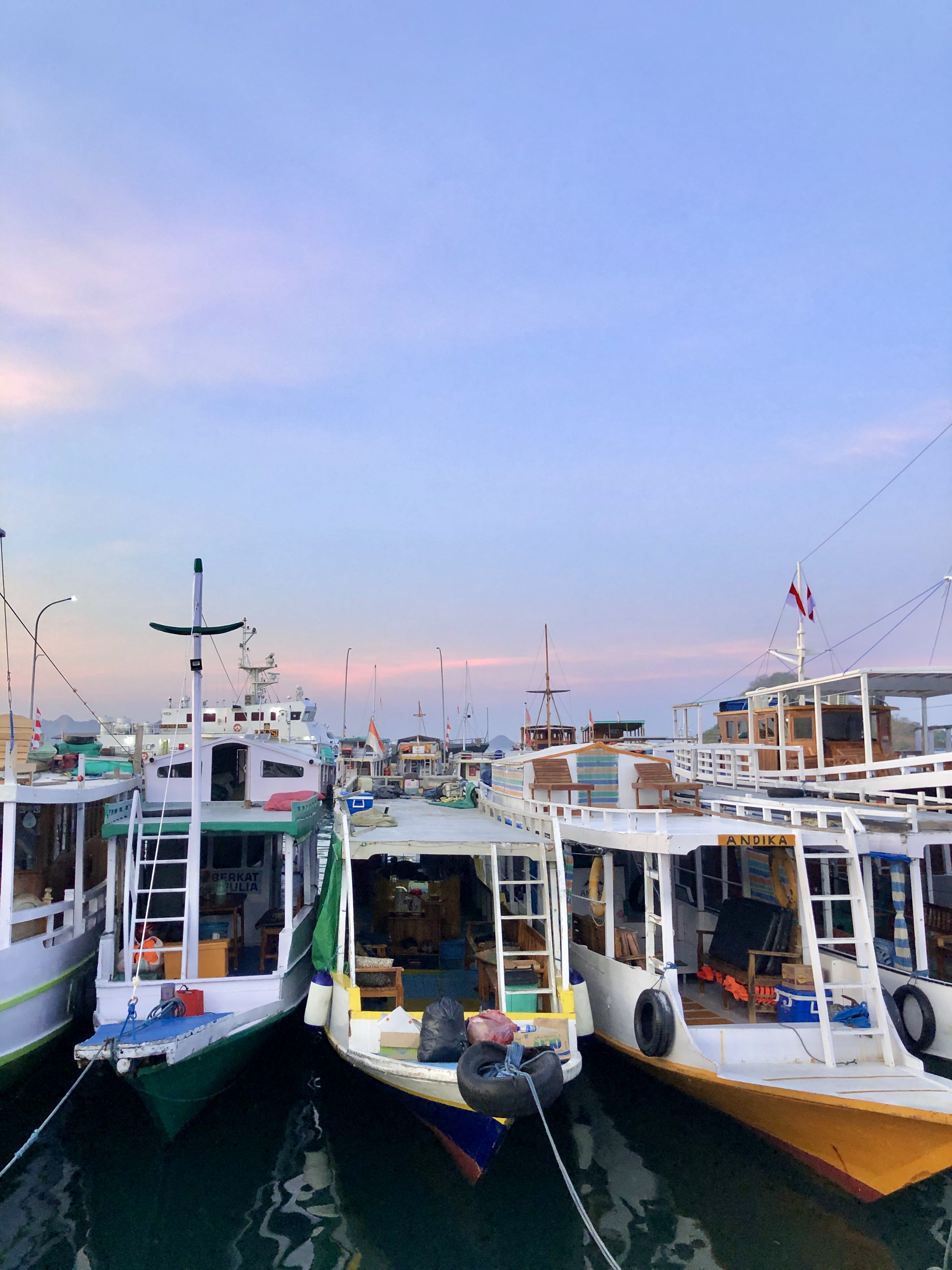 2) Shared fast boat: costs around 1.3 mln idr per person. Because the boat is faster you’ll be able to see 2 more destinations (from what I remember it was sandbank and one other little island, but it might depend from the company – they have a lot of options). For us they weren’t very important and the price difference was quite significant, that’s why we went for the local slow boat.

3) Private speed boat:  is an absolute winner if a) you came here to shoot and want to catch a sunrise in Padar Island b) care for privacy and more luxury experience c) want to see some other particular spots where local boat won’t take you. They were asking for 7mln idr per day trip for both of us. I am not sure how the price changes if there is more people joining.

CAN YOU USE A DRONE?

Another importnat topic to talk about is drones. Most of the pictures I saw from Flores and Komodo were taken by drone and I personally believe this perspective shows the most of its beauty.

It hasn’t even crossed my mind that flying the drones might not be allowed – silly me, as by the law you can not fly the drone in any national park. Our guide told us the we should have bought the “ticket” which I believe is a permission to fly before the trip and it costs 1 mln idr. I am not sure how it works in practice and if they actually control it, the only place I saw some police was in Padar Island but would they actually catch you if you’ld be flying from the top? 😉 Honestly I doubt that. Anyway is better to be alarmed and if you do want to fly do not mention it to the guide as he will have his eye on you! 😄

Padar Island: to get to the top – from where is the best view is 30min easy climb by stairs. There is no extra fees. The view from the top is spectacular! 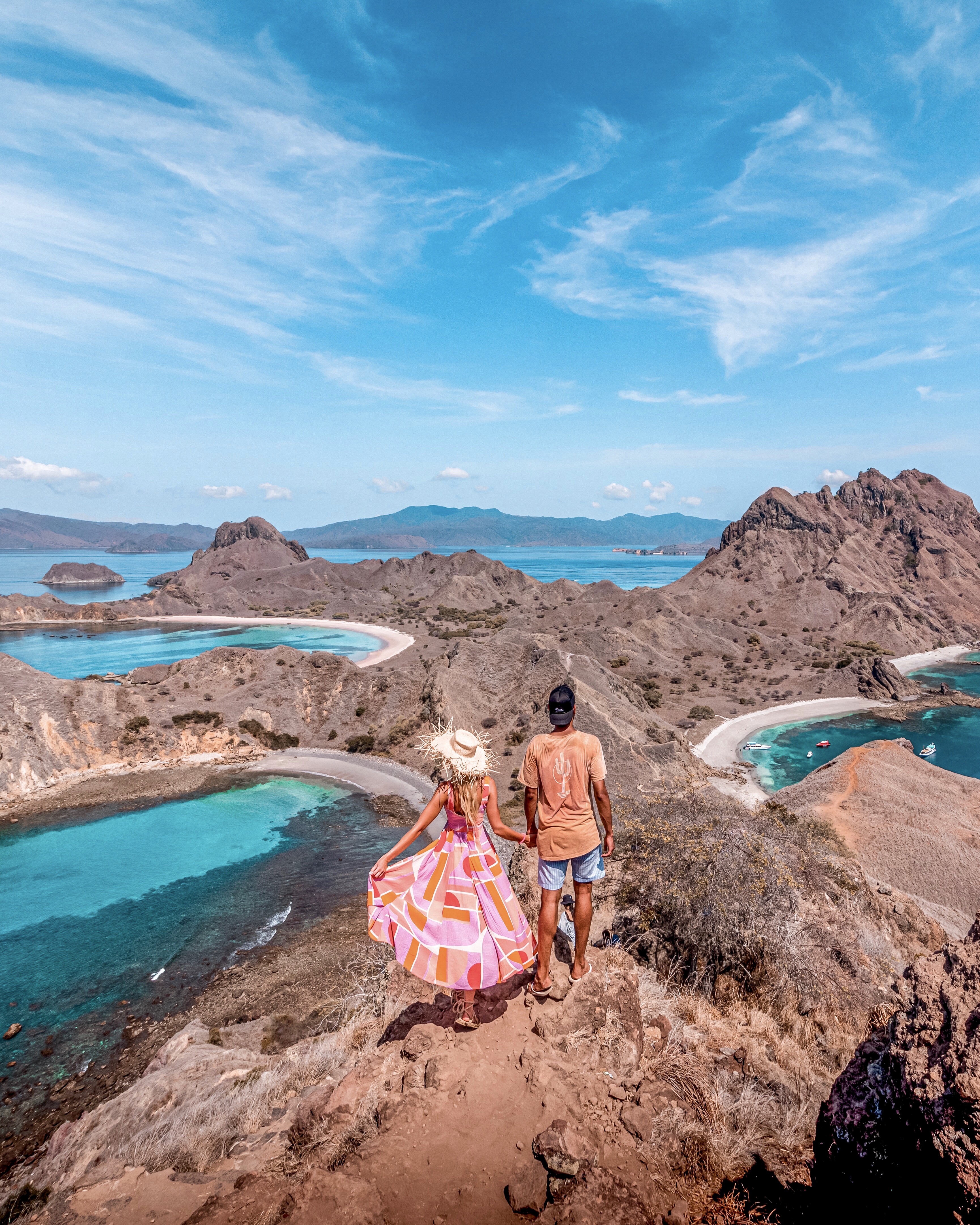 Pink Beach: good place for snorkeling and of course – the pink sand! The beach gets its unique colour from microscopic organisms called Foraminifera. 💁🏼‍♀️They produce a red pigment of the coral reefs. When the small pieces of the coral combine with white sand, it creates the soft pink tint, which is visible on the shore. It looked so beautiful and so pink! 😭 As you can imagine to me it was the highlight of the trip 😄! Important info: this stop was supposed to be only a „snorkeling stop” and they couldn’t drop us right at the beach so we had to pay them extra 40k to take us there with a little boat, we were mostly worried about the equipment but if you have a waterproof bag you should be fine! 😉 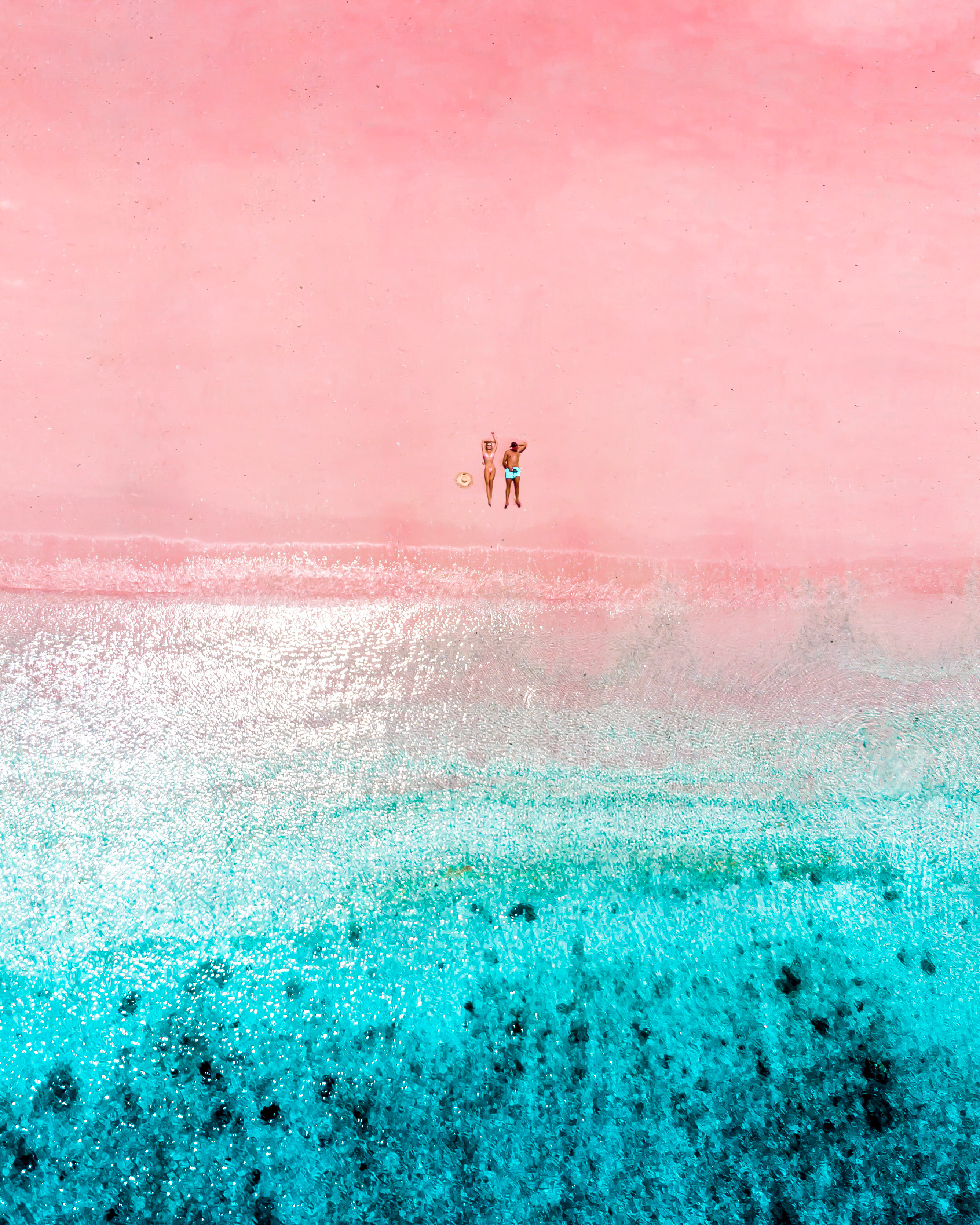 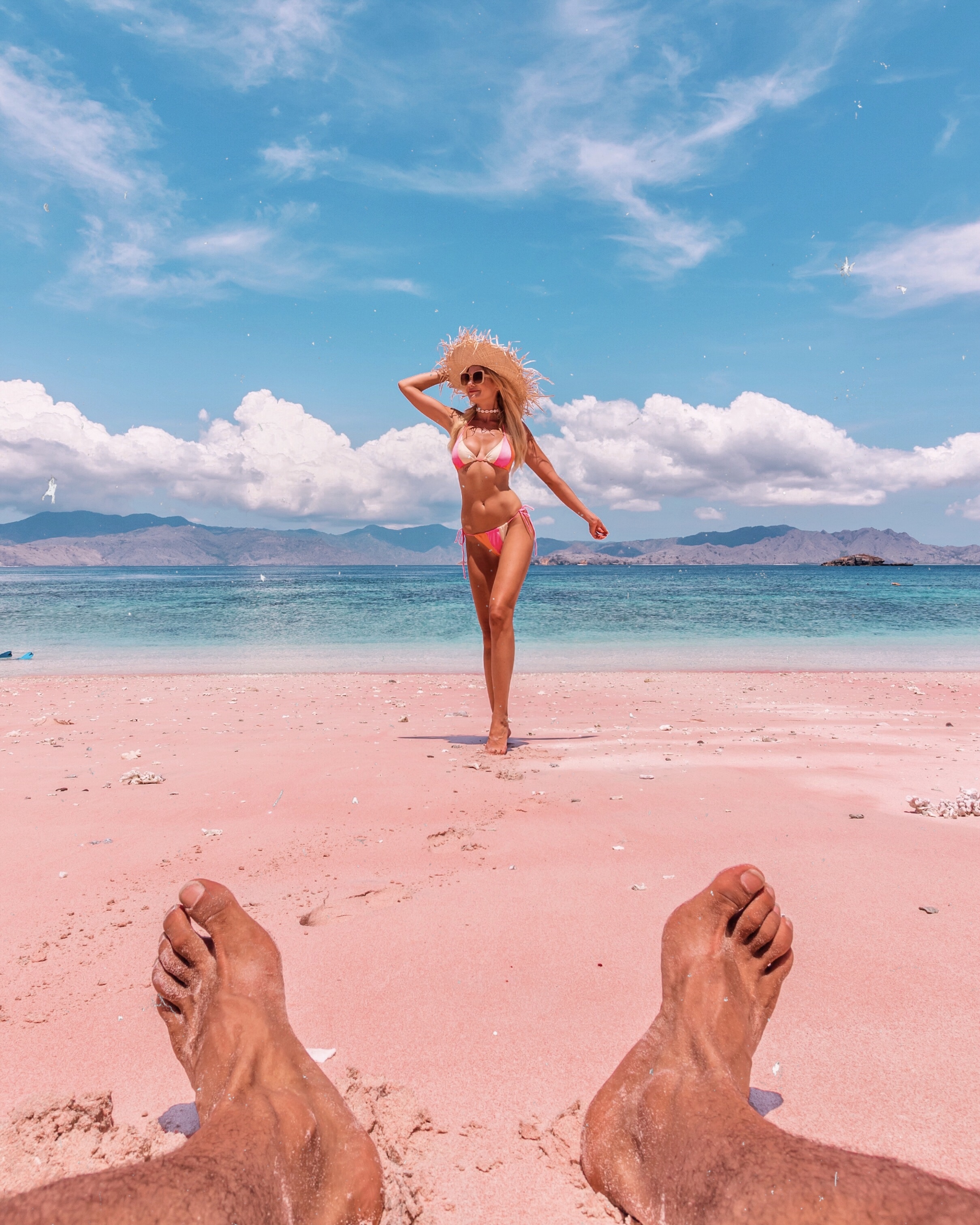 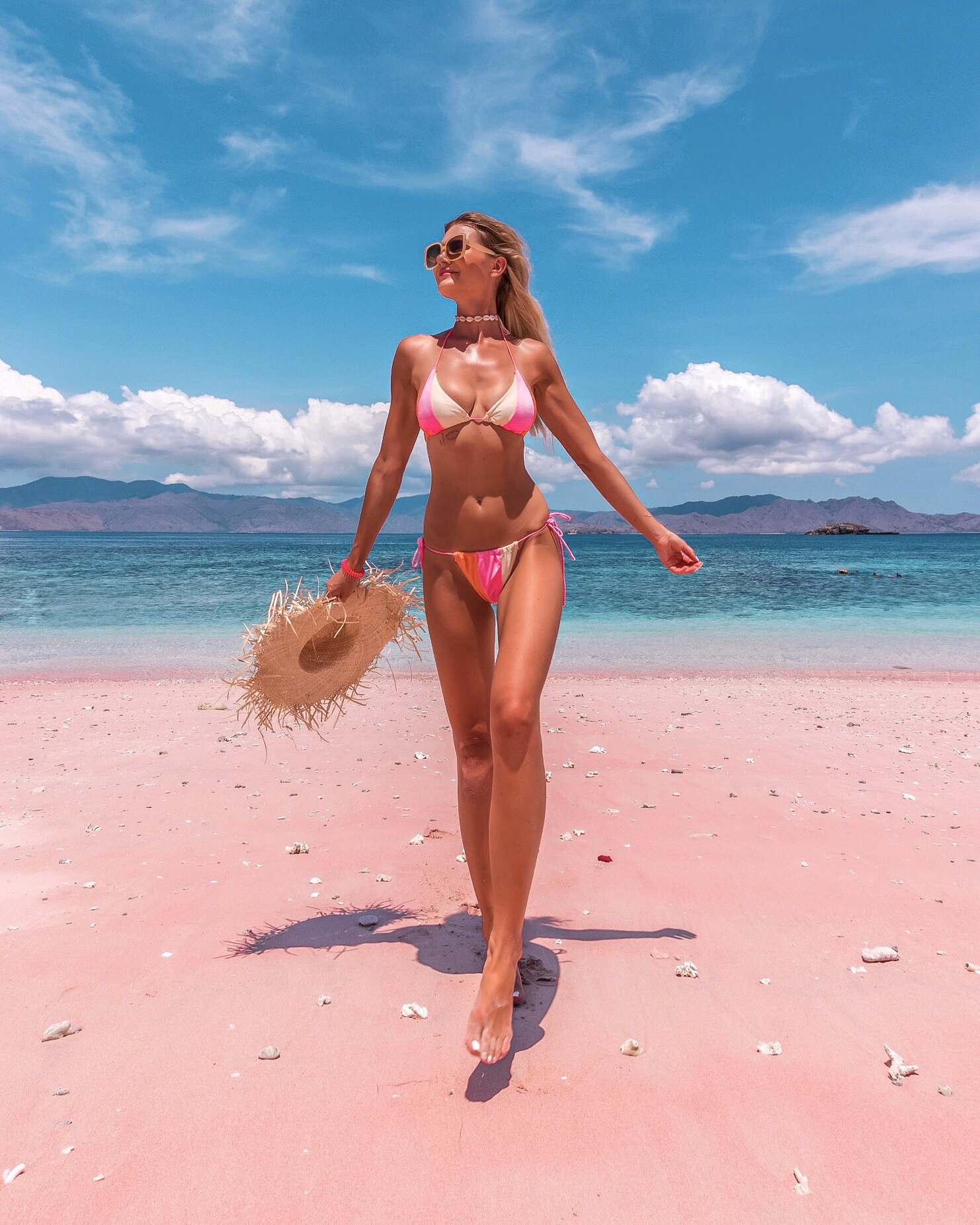 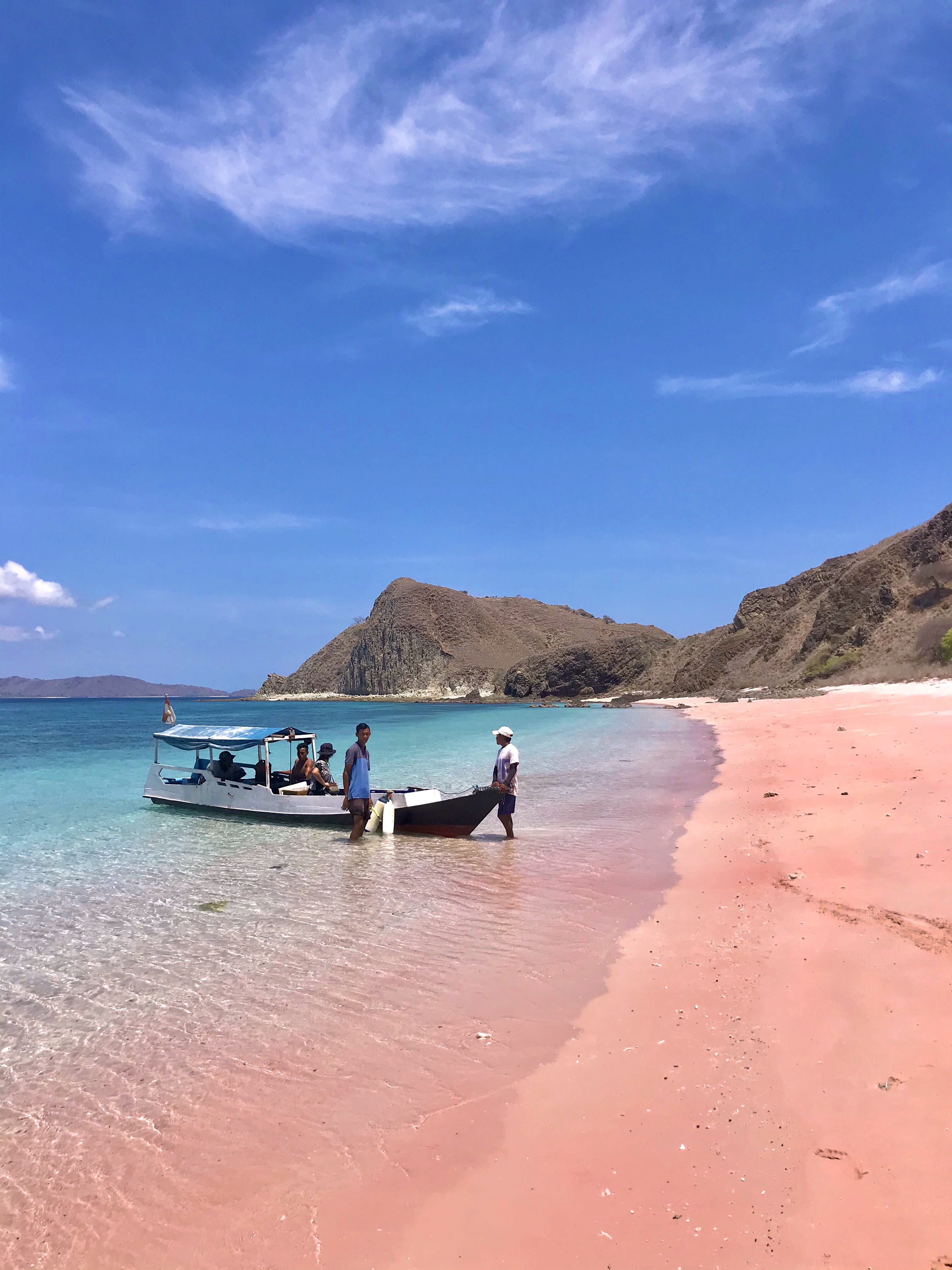 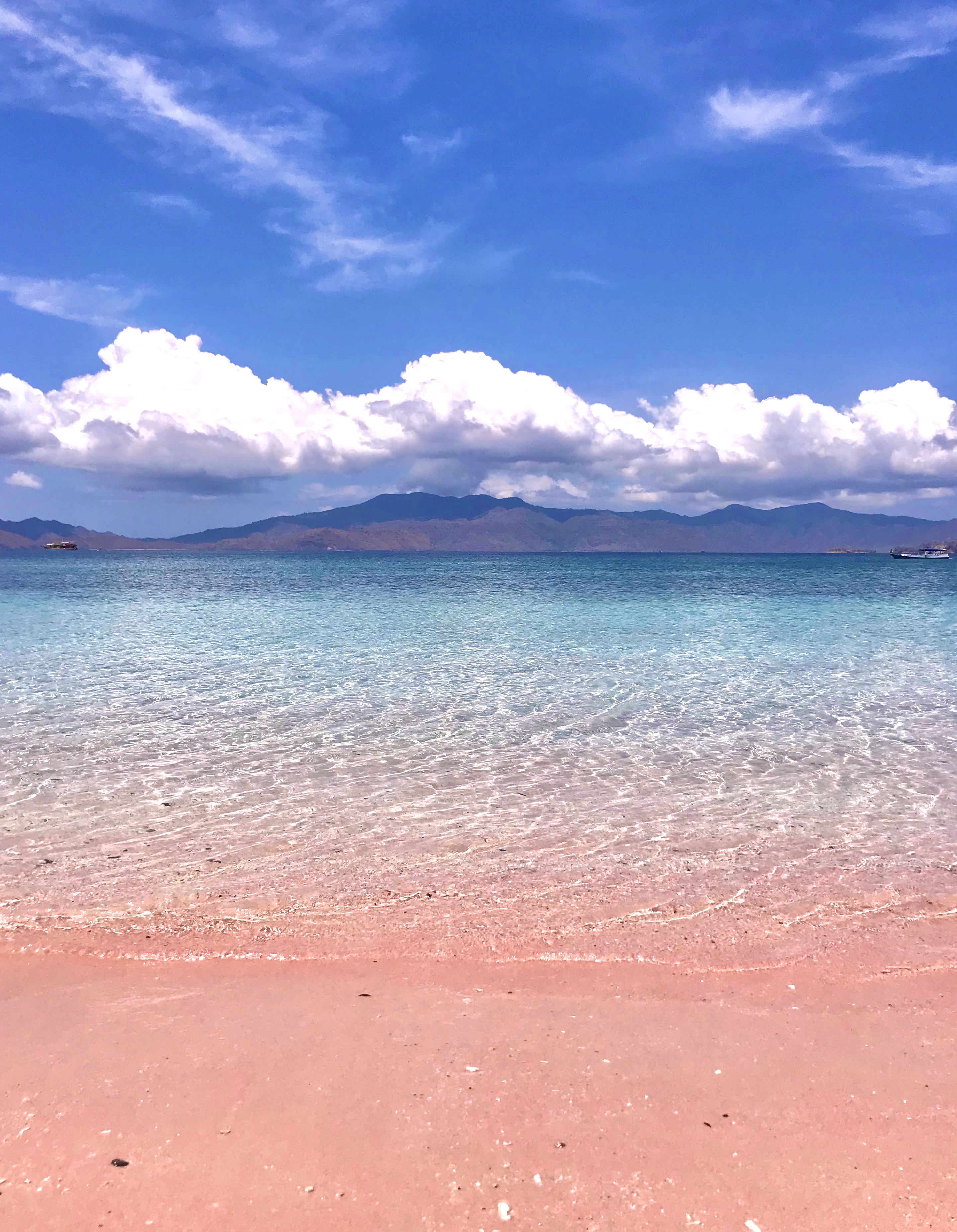 Komodo Island: One of two places in the world where you can see famous komodo dragons! The fee cost 350pax per person and covers the entrance to the national park and the guide. We had a 45 min trekking around the island where we have spotted a few komodo dragons. They look pretty dangerous so don’t come to close! 😄 There was even a case few years ago that they attacted a couple of travelers from Singapore who were just wandering alone around the island! 😱 Make sure to be with the guide and don’t wander by yourself around the island! For your own safety! 🤪 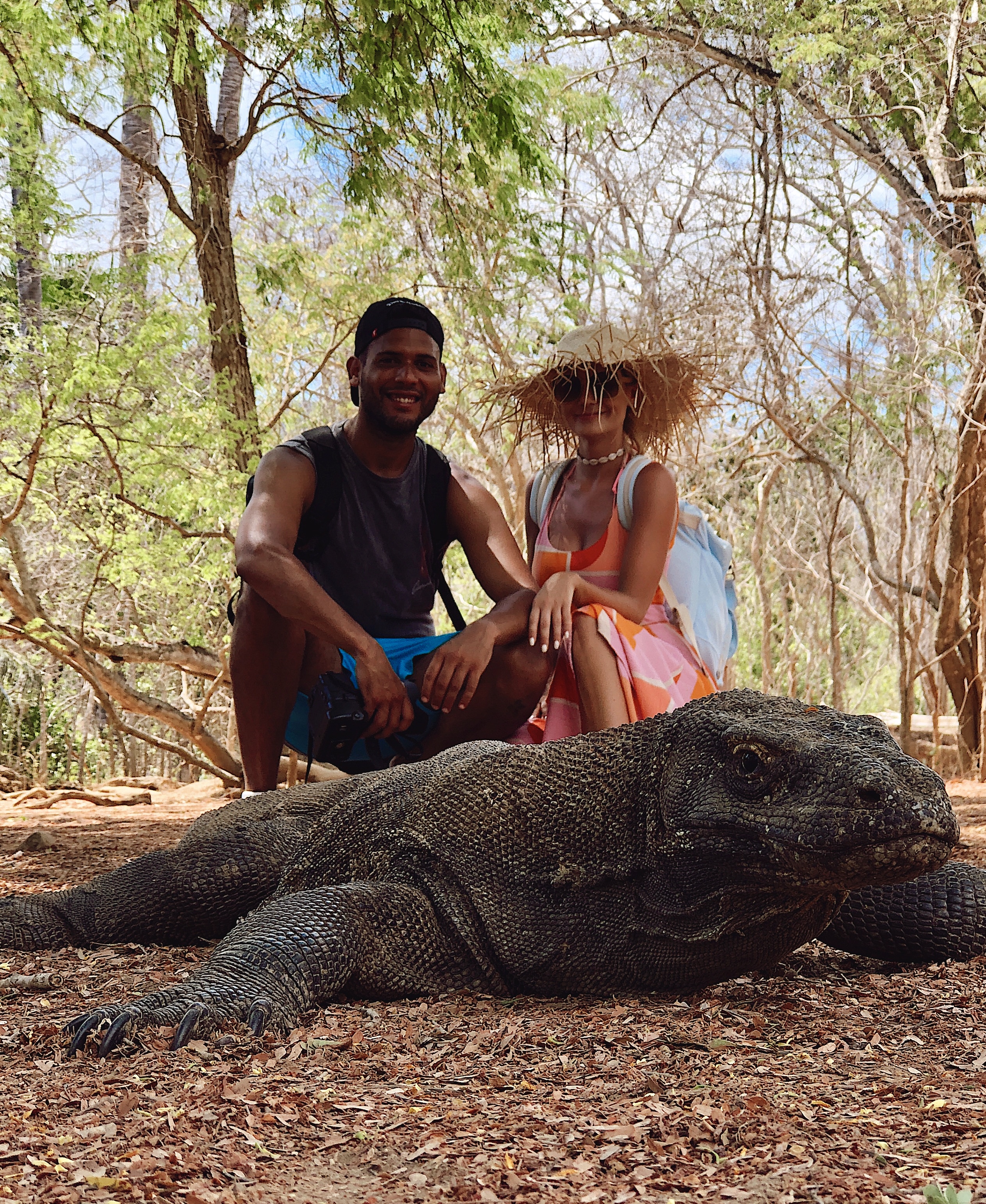 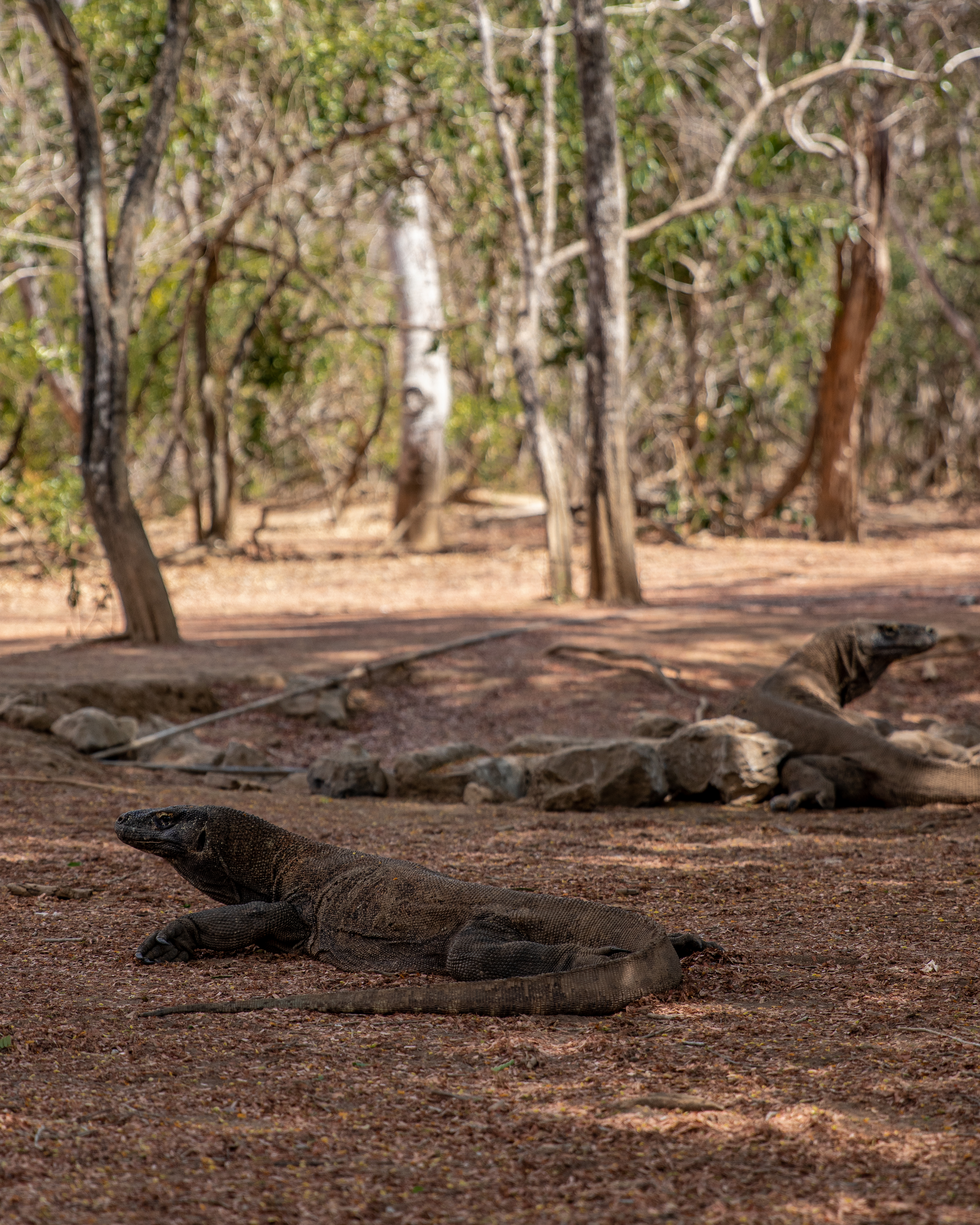 Mantas Point: We were so impressed as it was the first time when we saw Mantas that size! We swam with them earlier on this year (I mean in 2019) in Maldives but they were way smaller! We were lucky to see a few of them but it’s not guaranteed. Make sure to have a gopro with you so you can snap them a quick photo if you do see them! 🙂 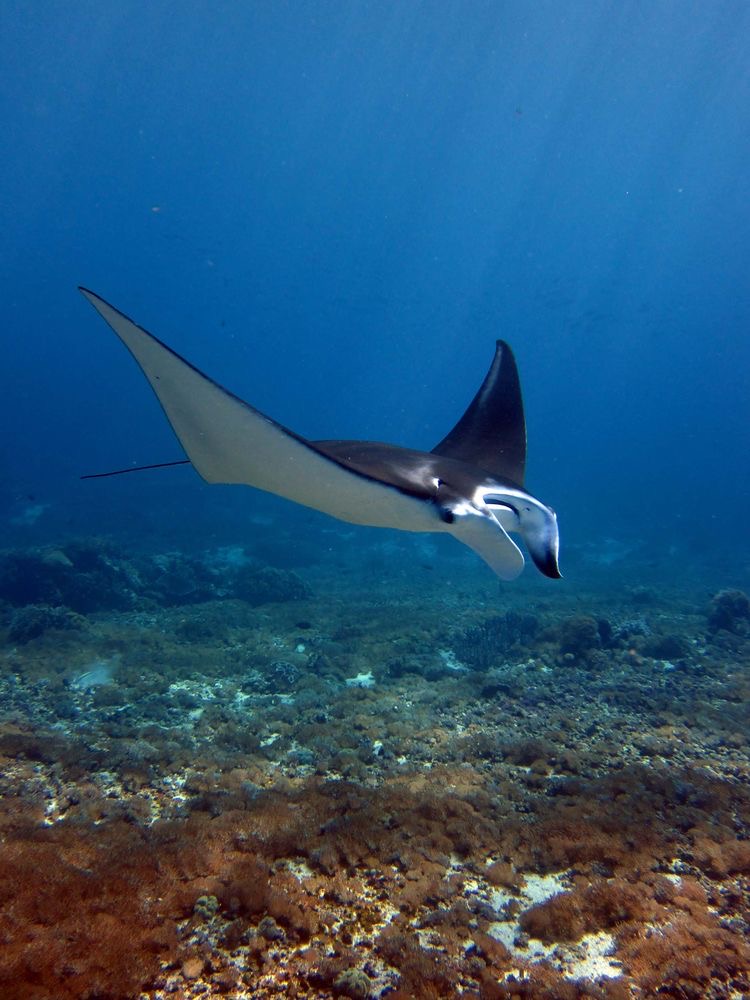 Diving: Worlwide,  area of Flores and Komodo is known as one of the best diving spots in the world! We don’t dive (yet!),  so I can’t tell you nothing from our own experience but we met some people there who have been diving there and oh man – they weren’t dissapointed! 🙂

Summing up, we loved the whole trip! 3 nights spent there were enough to get the feeling of this amazing place but definitely not to explore it properly! There is soo much more to see apart of the places I’ve mentioned! I hope one day we will be back to this paradise! 🥰

PS. If you’re looking for some more informations feel free to leave any questions below or head to my Instagram @pink.lem and watch my Highlight “Komodo” was some videos made in real life! 🙂 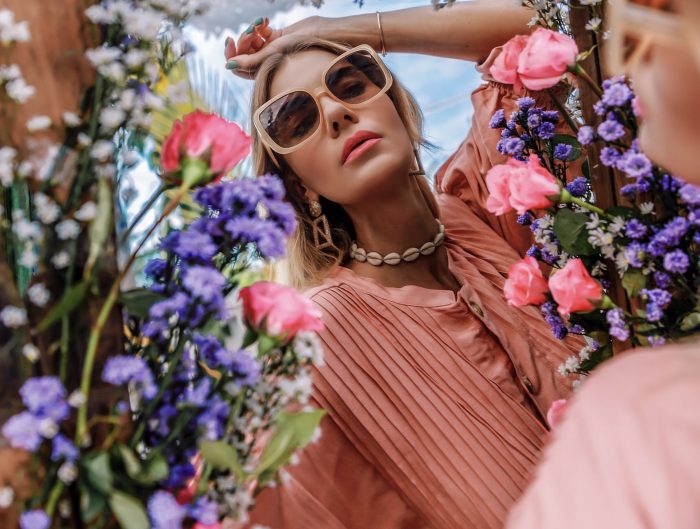 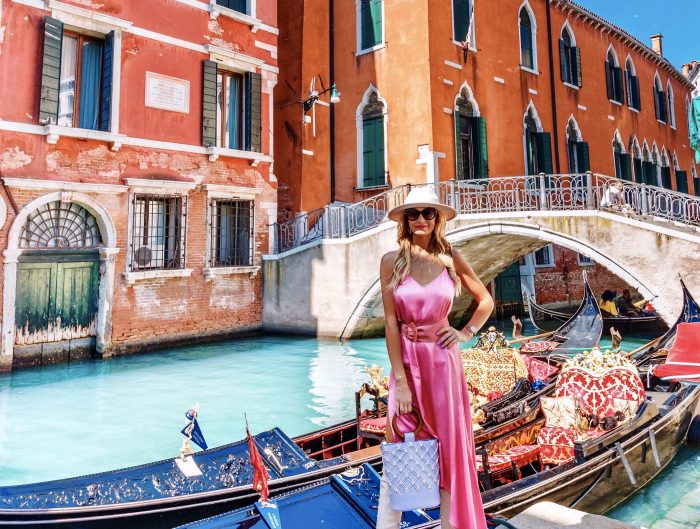 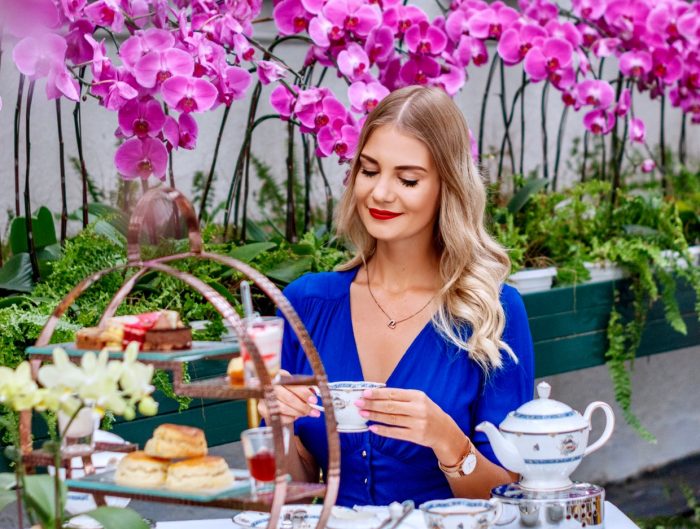